Are you too curious what the difference between a laptop ram vs desktop ram? When buying a new machine, it's easy to get confused about the kind of RAM your system needs. Memory comes in different forms for laptops and desktops, so getting the wrong one could slow down your device!

Here we differentiate the types of ram and what you need to know to buy the right ram for your laptop or desktop.

What Is Desktop RAM? 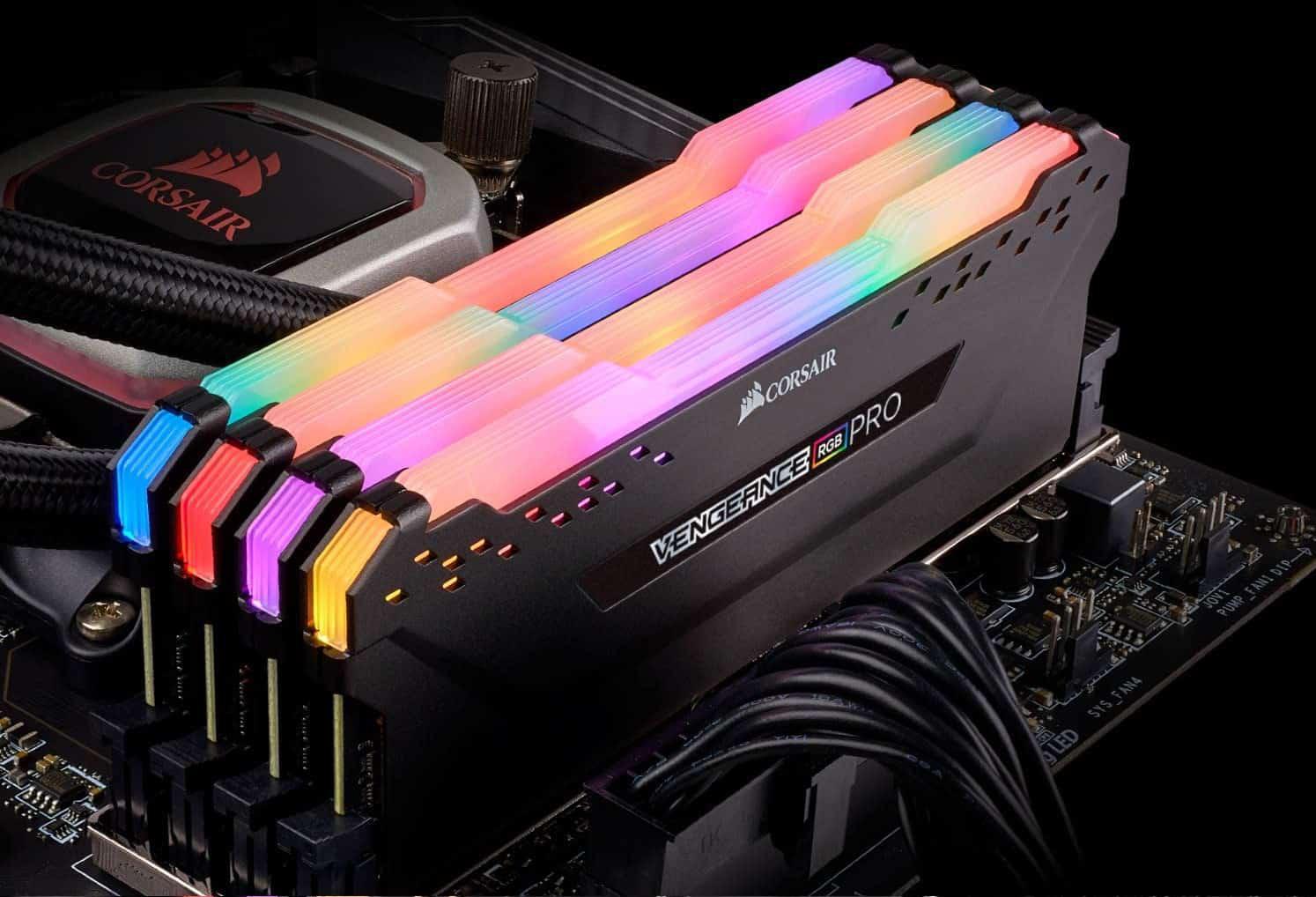 Desktop computers require a lot more RAM than their laptop counterparts. Desktops use large internal memory banks to run the operating system and often have multiple hard drives and other peripherals such as graphics cards and sound cards that all need memory access.

What Is laptop Ram? 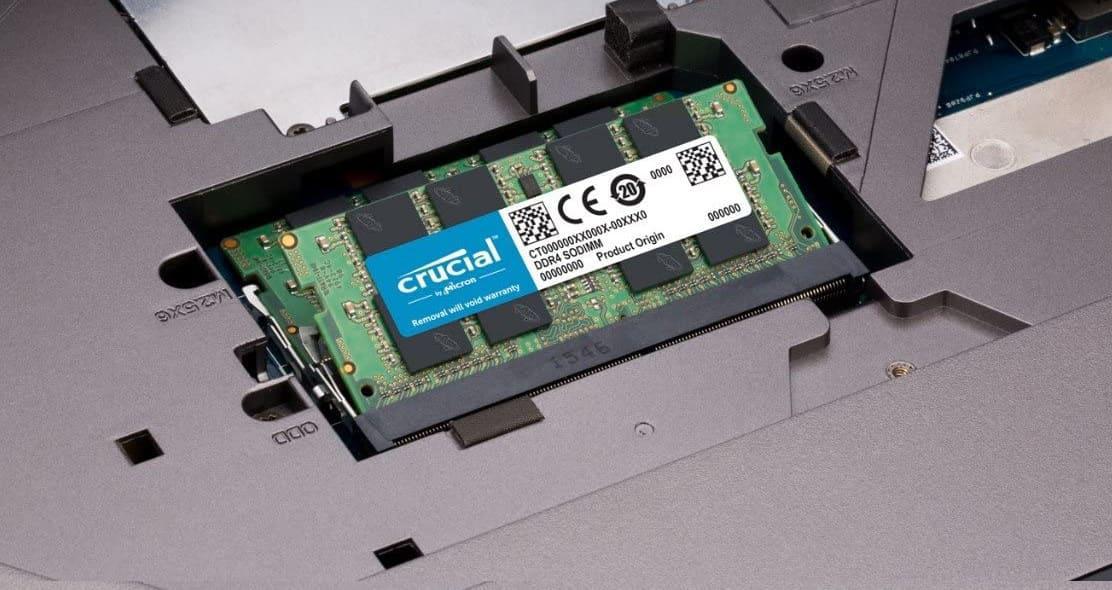 Laptops are more likely to have a smaller amount of RAM. More limited processing power means that laptops are often built with less powerful internal components. To compensate for this, manufacturers install as much RAM as possible within the machine's budget.

Desktop memory banks are usually larger than those in laptops, meaning they can have more memory installed at one time. This means that the PC's performance won't suffer as much if multiple programs run simultaneously.

Desktop memory tends to be able to hold more data at one time than laptop memory. This is useful when working on large files or dealing with lots of images and videos.

Desktop systems can have multiple memory banks installed simultaneously to allow for a much larger memory capacity. Laptop memory is usually installed in one bank or 'slot'. This is because laptop hardware has less space, so only one bank of RAM can be added.

When adding desktop RAM, there is a much higher risk of compatibility issues and BIOS problems. Desktop machines can support far more significant amounts of memory, which means that the Bios has to recognize and work with all installed memory modules. If you try and combine incompatible modules, the machine will not boot up properly.

The other issue is compatibility between modules. Working with the same brand of memory is always advisable, especially when dealing with higher amounts of RAM, although modern BIOSes should detect any problems. Some manufacturers suggest that you install identical memory in each bank if possible, which can also help avoid problems. Laptop memory works slightly differently.

RAM bank is much smaller, meaning there are fewer compatibility issues to consider. Laptop modules are also not as susceptible to BIOS problems because they don't have to work with as much memory at one time. The only real compatibility risk is between power requirements. If you try and install a laptop module that requires more voltage than the machine can handle, the memory will not function correctly.

The voltages required for standard desktop RAM are generally between 1.5V and 2.5V. This allows a much greater range of different manufacturers and models to be used in one system.

Desktop memory is very rarely fully compatible with a laptop. The main issue is that desktop machines can support much more memory, so you have to know the BIOS' limit for total memory capacity. If you try and add too much RAM, the machine will not boot up correctly due to BIOS limits. In addition, laptop modules have a lower voltage requirement, which will either not work or damage a desktop machine.

Both desktop and laptop memory modules provide the same functionality - allowing a computer to run as quickly as possible.

In essence, RAM is simply a place where your data can be temporarily held before being passed on for processing. If you increase the available RAM, your system will have more storage space and utilize disk space less frequently.

You will find a large variety of Ram for both laptops and desktops. There are different types with varying speeds and capacities. Different components have different price levels, so the prices for Ram also differ according to its type and capacity.

RAM prices for laptops will differ from desktops because laptops contain hardware with a small screen and compact design, which costs less than a desktop.

Desktop Ram usually comes with higher capacities, but it is cheaper as compared to laptop Ram

Desktop modules tend to have a lower bandwidth than their laptop counterparts because they can be made more prominent and, therefore, can hold and transfer more information per module. They also have a higher latency, which means that they can take longer to access and process large blocks of information.

For both desktop and laptop memory, the leading specification you should consider is capacity. However, this doesn't tell the whole story because modules come in different types, speeds, and latencies, impacting overall performance.

Memory basics: types and their speeds

Computer memory is critical for a computer's performance – it allows the operating system, applications and other software to run without interruption. Different types of RAM work in slightly different ways, but as long as you purchase the type of memory that works with your system, you can generally plug it in and upgrade without any hassle.

The two most common types of memory are DDR3 and DDR4. They're essentially the same thing but just run at different speeds. You might see them written as PC3-12800 or PC4-19200 – each number refers to the data transfer rate per second.

DDR3 SDRAM can transfer data at 800MHz (or MHz), whereas DDR4 transfers it faster at 2133MHz (2,133Mhz). The difference in speed is noticeable when you compare them side-by-side – applications like video games will load much more quickly with DDR4 than they do with DDR3

While you can't run DDR3 RAM with a PC that only supports DDR4, the opposite is true; you don't need to worry about buying an expensive new motherboard to support your better-performing memory!

Most computers support both types of memory despite having one type or the other (it should be written in your machine's specifications).

Note: you might have noticed that RAM comes at various speeds. These numbers don't tell the whole story! A PC4-2400 memory stick is not necessarily faster than a PC3-12800 version, for example. The number after the 'PC' relates to bandwidth speed - this means how much data can be transferred per second. We only recommend upgrading your memory if you're sure it's not already DDR4 compatible and fast enough for what you need!

Desktop vs Laptop Memory – The Similarities

The speed of both types of RAM is measured in MHz and GHz to indicate how quickly information can be accessed. Voltage: This refers to the amount of electricity needed for it to work at its best, and both memories use 1.5V of power.

The type of memory you require really depends on how you want to use your machine. If you're a pro gamer or work with heavy graphics, more significant amounts of RAM are required to process information quickly. However, if you're working with office documents or browsing the internet, then your memory requirements will be much smaller.

The amount of RAM you need is entirely dependent on what you want to use it for. For example, 4GB of laptop memory should be enough for casual users. However, if you're looking to run several programs at once or use specialized software, you'll need more than 4 GB.

All right, so now you're up to speed on the difference between laptop and desktop memory. Which one is better for your machine? DDR3 is most common in laptops, but it will work with desktops, too without any problems. Desktop memory tends to be faster, but it's worth checking your computer's specifications before you buy anything to make sure the upgrade is compatible!

Games and high-performance applications are particularly demanding on your computer's resources – they have to be able to draw graphics onto the screen, run various applications at once, connect to servers online and process data. Of course, this requires much memory, processing power and storage space – not every machine is up for that kind of work.

You've upgraded your computer's memory, but it still seems slow – is there anything else you can do? If you're struggling with performance, you might think about a dual-channel kit – this means that instead of having one module plugged into your motherboard, you'll have two.

This is particularly useful if you're using DDR3 memory – because it's much faster than the original standard (DDR2). Dual-channel kits can be used with either desktop or laptop computers, and they should work even if you don't have the right amount of memory already. They should also be ready to use straight away –plug and play!

If you're running high-level applications, such as AutoCAD, your machine might need a lot more memory – usually 8 Gb to 32GB. This is a good idea if you do much-advanced stuff on your computer or laptop to run AutoCAD and may require complex software solutions.

Desktop memory has larger memory banks than laptops to allow it to hold more information. This extra space makes desktop computers better suited to large files and processing tasks. They also require a faster memory speed to process large amounts of information in a short space of time. Laptop memory is less expensive and uses cheaper components, making it more suited to casual users who don't require much power.