*Subscribe us and get amazon coupons everyweek via your personal email!*

Intel Xeon for gaming worthy enough in 2021? A Review

Probably, No! An Intel Xeon will not worth it for gaming. If you’re looking for a smooth gaming experience in a budget-friendly system, then Intel Xeon is probably not the one you should choose for! As these are pretty expensive and are made extremely powerful for computing powerful workstations or large database servers,

Yes! If you are looking for powerful workstations, then Intel Xeon is probably the best you can opt for.

It’s not ideal for gaming. Gaming PCs don’t acquire such a powerful machine but they do need a powerful GPU, instead.

Moreover, Xeon system comes up with their sockets and are designed for in-built motherboards; making them incompatible with the external mainstream motherboard which may have an adverse impact on gaming performance. The only situation where we recommend a Xeon for gaming is when you want to buy it for your workstation, plus looking for some High-quality gaming experience. 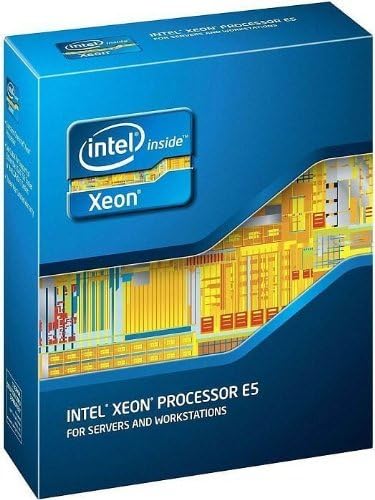 Check out the PRICE HERE

We know that CPUs are a crucial component of any computing device, like in our case in gaming as well. And for this, we mainly have two powerhouse processors; Intel core i9 and Intel Xeon. Though Intel Xeons processors are made to run powerful devices and servers, they can be used in gaming.

They are manufactured for businesses, not for gaming purposes, but most people get confused while looking into their specs, and more often than not, they will ask a question; would opting Xeon for gaming will worth it? Would we expect the best gaming experience like that Intel i9 core can serve?

If you also have the same question, then probably our today’s article will make it more clearly for you. We’ll also be discussing its specs and how a gamer can get an optimal game experience? Let’s get straight into it!

During the year 1998, Intel first launched a powerful operating machine – namely Xeon CPUs – into the market. This processing system was especially meant for businesses and large operating servers. And they were designed explicitly for computing large database servers that’s why they’ve quickly span their way over core series – which mainly was considered at that time, before the introduction of Xenon.

Moreover, Intel Xenon has been manufacturing high-end models with an exciting core count of 28 along with 56 threads. Apart from it, it also holds high-end storage for saving huge memory. Whereas the only reason you can opt for Xeon for gaming is when you acquire to use a high-end card in your SLI system.

Why Xeon’s aren’t the best option for gaming?

The primary reason, gamers select core series over Xeon for gaming is that they are quite expensive – not affordable by a middle-range gamer. Additionally, the cost is dependent on features that don’t have a serious impact on gaming performance.

Despite offering a speed or robust system, it comes up with the dual-core count – doesn’t support high-end gaming performance. For example, in this case, like you, I’d prefer to count for adding one more Ghz to the system rather than doubling the core count for a gaming system.

Current Xeon's are generally more expensive and you won’t notice much in the way of a performance boost over other CPUs of that same generation. And also, there’ll be less difference in gaming performance, to some extent it is unnoticeable.

Is building an Intel Xeon for gaming PC fits your budget?

This can be the first question in every gamer that would upgrade to a Xeon system that meets my budget? The answer may vary with your budget; if you’re up for building a gaming PC on a tight budget, opting for Xeon wouldn’t fit your pocket. For instance, if you want to buy the latest Xeon processor for gaming, it’ll typically fall above 1000$. However, there are some other options available; these models often contain hyper-threaded dual or quad-core CPUs.

Xeon can be considered as the best match for gaming, and some gamers are devouring a decent performance rate with the Xeon system. We’ve seen some latest models of Xeon come up with impressive specifications that may give a boost to your gaming system. The following specs make us consider, Xeon to be used with gaming PC:

Like every operating system, the gaming system also depends upon the CPU. However, it is not considered as the vital component for optimal gaming experience whereas GPU is. But we can’t deny its role in a gaming system, because it is associated with all other parts, especially GPU.

Both are interlinked to each other. CPU can be considered as a manager to GPU, allowing it to perform the relevant tasks efficiently. Consequently, we can refer that GPU is responsible for high-end gaming performance and graphics, but the Intel Xenon CPUs help them to do so.

You’ve often heard this term either by hanging out with your gaming friends or when you’ve got experience building a gaming system. Even when going to the hardware forums, the retailer does ask you, when you desire to buy a CPU, especially when you’ll ask for Intel Xenon. However, if you’re unaware, it simply means that your CPU is not supporting the linked GPU – making it incompatible with your gaming station.

If you want to buy a CPU that will be able to get most from its linked GPU; will Xeon be the best choice for it? Like other experts, our answer would also be the same i-e No, you can have more than that from even an oldest Intel Core i5. Additionally, due to the association of core series with a graphics card, the lightest i5 will hardly bottleneck even with the most powerful GPU known today – gtx 980ti.

Are Xeon processors good for gaming?

The Intel Xeon can be considered a great match for some gaming PCs; yet, Xeon processors can’t be overclocked. Overclocking refers to the higher computing or steady experience than what it’s developed for? Often gamers want to upgrade their system to an ultra-fast gaming system which is not so far possible by Intel Xeon CPUs.

Their multitasking and ability to compute heavy games have made them viable for decent gaming performance. For this, you’ll need to acquire a dedicated graphics card for smooth graphics and performance when pairing it with your GPU.

Note: While paring Intel Xenon Processor with the graphic card, you should always check for bottlenecks.

We can conclude that buying a Xeon CPU will not worth it for an optimal gaming experience. However, you can still have a decent gaming experience on Xeon CPU, but only if you have the budget for it.

Also, Xeon CPUs are built explicitly for high-end servers or workstations, not for gaming purposes. I hope, you’ve got your answer!

If you find this recommendation viable or already possess any experience while using a Xeon CPU, please let us know by commenting below. We’ll be happy to hear out your expertise on Xeon as well.

The above article is written by team techies Classic. We do in-depth research to provide our readers with the value to choose things easier. To read more amazing tech content Check out our blog " https://www.techiesclassic.com/ "

About
TECHIESCLASSIC.COM IS A PARTICIPANT IN THE AMAZON SERVICES LLC ASSOCIATES PROGRAM, AN AFFILIATE ADVERTISING PROGRAM DESIGNED TO PROVIDE A MEANS FOR SITES TO EARN ADVERTISING FEES BY ADVERTISING AND LINKING TO AMAZON.COM. AMAZON, THE AMAZON LOGO, AMAZONSUPPLY, AND THE AMAZONSUPPLY LOGO ARE TRADEMARKS OF AMAZON.COM, INC. OR ITS AFFILIATES. AS AN AMAZON ASSOCIATE WE EARN AFFILIATE COMMISSIONS FROM QUALIFYING PURCHASES.
© Copyright 2021, All rights reserved. Developed by Webiancy.
Home About Contact Buyers Guide